Six months have passed in the blink of an eye, and I’m on hold waiting to talk to a museum about how their Museums at Night event went. The hold music is Für Elise played on a glockenspiel, which sounds as if somebody on the reception desk is putting on a little music session in a quiet moment. I’m using the time to think back over my internship with Culture24, which has gone so quickly it makes my head spin.

It’s quite hard to remember the day I walked in as a new intern in January. At that point the Museums at Night festival seemed so far away it looked unlikely to ever arrive, like a Dorset steam engine, or a conclusion in a George R.R. Martin novel.

On my first day I was sat at a desk and given a list of the phone numbers of all the museums and galleries in the known world (or at least the parts of it attached to and floating around the UK). This was wonderful, as I had the opportunity to say hello to lots of people in a great number of organisations who were getting excited about Museums at Night. People getting excited about things happening in arts and heritage sites is exactly what made me want to work in events in the first place – so calling several hundred people who feel exactly the same way was a wonderful way to get my internship rolling.

I really enjoyed helping with the Connect10 competition, and hearing all of the imaginative ideas that the artists – and the venues hoping to win them – had proposed.

It was brilliant to be on the scene when we found out that we would indeed be sailing aboard the Cutty Sark for the Museums at Night launch. There may be better places to hold a launch than a 19th century tea clipper but I can’t think of one. There may also be funnier sights than seeing the staff of Culture24 dressed in witches’ noses and encouraged to pursue “poor Tam” to his doom around the figureheads, but again, nothing springs to mind… In all seriousness, though, this was a great education in event planning and I learned a great deal about the work and negotiation that goes on behind the scenes.

When the Museums at Night festival finally arrived, everybody seemed to be in about ten places at once. Members of the Culture24 team would stumble into the office each morning of the Museums at Night festival weekend with an improbable, distracted air muttering about pipistrelles, 18th century murders, cocktails, sculptures made out of plastic bottles, and taxidermy alpacas. I manned the phoneline at Museums at Night HQ for one of the big days, which was slightly nerve-wracking. I loved the festival events I attended: I walked with bats at Hatchlands Park and then raced up to London for an Elemental Treasure Hunt. 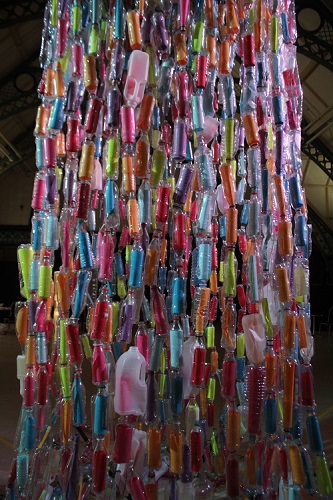 It has been a great six months and it’s only really in retrospect that I’ve realised how many people I’ve had the chance to meet and talk with along the way who were working in museums, galleries and heritage sites.

I’ve attended a National Trust conference; been up to my elbows in Twitter; partied on a tea clipper; been swept upon by bats and conversed silently with a jar of moles at the Grants Museum. I have also learned a great deal along the way about the arts and heritage scene across the country, digital and social media marketing, event administration and the work involved in promoting and putting together an amazing event.

Amy Strike has an MA in English Literature from Sussex University. She is a professional artist and has a strong interest in museums and galleries. She plans to pursue a career in arts administration while continuing to make her own art work which can be  seen on her website, www.amystrike.com. Find out more about Amy through her LinkedIn profile.

This entry was posted in Uncategorized and tagged Behind the Scenes, Culture24, Museums at Night 2013, volunteering. Bookmark the permalink.